Our world is in trouble – Paul Scott 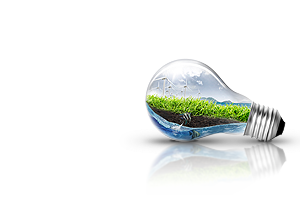 Our world is in trouble. From global economic hardships, to wars over oil, to the specter of anthropogenic climate change. These are serious problems that affect the entire globe and all its people. Oil clearly plays a significant role in all of these problems. However, transatlantic cooperation between countries that have recognized this problem, and have developed alternatives to oil, will result in mitigation of the worst effects of these problems.

We are approaching 900 million internal combustion vehicles throughout the world. It won’t take much longer to get to one billion. Over 99% of these are internal combustion vehicles powered by oil. The oil industry around the world generates tens of billions in profits every year, but it’s the gross revenue that is the eye popping number. From 2007-2011, just five years, total revenues for the top five oil companies (ExxonMobil, Chevron, BP, Shell, ConocoPhillips), tallied $7,766.2 billion.
http://www.fas.org/sgp/crs/misc/R42364.pdf. Almost eight trillion dollars removed from general circulation and squirreled away into the coffers of those who run the oil industry, both private and state run entities. This money, if spent on local goods and services, would generate millions of jobs throughout the world, creating massive wealth that would be distributed widely instead of concentrated in the hands of some of the more evil people in the world.

Being 99% reliant on oil for transportation is a strategic nightmare. I often ask audiences if Iraq had the same amount of oil as North Korea, would we have fought that war? Clearly the answer is no. Our country, and many of our allies, are willing to go to war over oil at any time. We spent $2.1 trillion on the Iraq war and lost thousands of our soldiers. Tens of thousands were wounded and we’ll spend another trillion dollars taking care of them for the rest of their lives. Then there are the hundreds of thousands of murdered civilians who got in the way of our killing machine. All because of oil.

As bad as all of this is, it pales in comparison to the effects of climate change brought about by the dumping of carbon into the atmosphere. Desertification, crop failures, water scarcity, all of these things will overwhelm our societies in the coming decades if we don’t drastically cut down on the CO2 we dump into the air.

But all is not lost. There are positive steps you can take that make a big difference. When you switch your home’s energy source to renewable energy (RE) and switch your car to run on RE, you reduce the pollution for which you are responsible by over 90%. It’s easy to do and cost effective as well.

The electric vehicle movement is well underway now. We’re finishing up the third full year of modern EV movement, the third time EVs have been attempted on a mass scale. Some countries are taking the lead while others follow. Partnerships such as that between the U.S. and The Netherlands, two of the most EV-friendly countries, will help move the needle on this issue. We must rapidly advance adoption of this technology if we hope to prevent the worst of what will surely come if no action is taken.

Founding Member of Plug In America